Understanding and Using The Scientific Method

The Scientific Method is a process used to design and perform experiments. It's important to minimize experimental errors and bias, and increase confidence in the accuracy of your results.

In the previous sections, we talked about how to pick a good topic and specific question to investigate. Now we will discuss how to carry out your investigation.

Steps of the Scientific Method

Now that you have settled on the question you want to ask, it's time to use the Scientific Method to design an experiment to answer that question.

If your experiment isn't designed well, you may not get the correct answer. You may not even get any definitive answer at all!

OBSERVATION is first step, so that you know how you want to go about your research.

HYPOTHESIS is the answer you think you'll find.

PREDICTION is your specific belief about the scientific idea: If my hypothesis is true, then I predict we will discover this.

EXPERIMENT is the tool that you invent to answer the question, and

CONCLUSION is the answer that the experiment gives.

Don't worry, it isn't that complicated. Let's take a closer look at each one of these steps. Then you can understand the tools scientists use for their science experiments, and use them for your own. 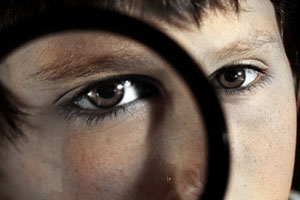 This step could also be called "research." It is the first stage in understanding the problem.

After you decide on topic, and narrow it down to a specific question, you will need to research everything that you can find about it. You can collect information from your own experiences, books, the internet, or even smaller "unofficial" experiments.

Let's continue the example of a science fair idea about tomatoes in the garden. You like to garden, and notice that some tomatoes are bigger than others and wonder why.

Because of this personal experience and an interest in the problem, you decide to learn more about what makes plants grow.

Also try to get information from your teachers or librarians, or professionals who know something about your science fair project. They can help to guide you to a solid experimental setup. 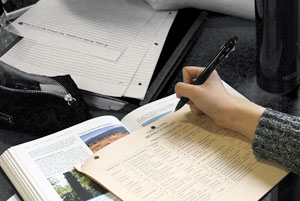 The next stage of the Scientific Method is known as the "hypothesis." This word basically means "a possible solution to a problem, based on knowledge and research."

The hypothesis is a simple statement that defines what you think the outcome of your experiment will be.

All of the first stage of the Scientific Method -- the observation, or research stage -- is designed to help you express a problem in a single question ("Does the amount of sunlight in a garden affect tomato size?") and propose an answer to the question based on what you know. The experiment that you will design is done to test the hypothesis.

Using the example of the tomato experiment, here is an example of a hypothesis:

TOPIC: "Does the amount of sunlight a tomato plant receives affect the size of the tomatoes?"

HYPOTHESIS: "I believe that the more sunlight a tomato plant receives, the larger the tomatoes will grow.

This hypothesis is based on:

(2) Through informal, exploratory observations of plants in a garden, those with more sunlight appear to grow bigger. 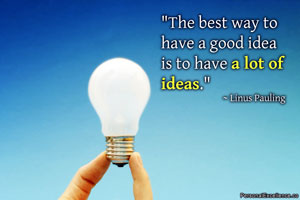 The hypothesis is your general statement of how you think the scientific phenomenon in question works.

Your prediction lets you get specific -- how will you demonstrate that your hypothesis is true? The experiment that you will design is done to test the prediction.

An important thing to remember during this stage of the scientific method is that once you develop a hypothesis and a prediction, you shouldn't change it, even if the results of your experiment show that you were wrong.

An incorrect prediction does NOT mean that you "failed." It just means that the experiment brought some new facts to light that maybe you hadn't thought about before.

Continuing our tomato plant example, a good prediction would be: Increasing the amount of sunlight tomato plants in my experiment receive will cause an increase in their size compared to identical plants that received the same care but less light.

This is the part of the scientific method that tests your hypothesis. An experiment is a tool that you design to find out if your ideas about your topic are right or wrong.

It is absolutely necessary to design a science fair experiment that will accurately test your hypothesis. The experiment is the most important part of the scientific method. It's the logical process that lets scientists learn about the world.

On the next page, we'll discuss the ways that you can go about designing a science fair experiment idea.

The final step in the scientific method is the conclusion. This is a summary of the experiment's results, and how those results match up to your hypothesis.

You have two options for your conclusions: based on your results, either:

(1) YOU CAN REJECT the hypothesis, or

(2) YOU CAN NOT REJECT the hypothesis.

This is an important point!

You can not PROVE the hypothesis with a single experiment, because there is a chance that you made an error somewhere along the way.

What you can say is that your results SUPPORT the original hypothesis.

If your original hypothesis didn't match up with the final results of your experiment, don't change the hypothesis.

Instead, try to explain what might have been wrong with your original hypothesis. What information were you missing when you made your prediction? What are the possible reasons the hypothesis and experimental results didn't match up?

Remember, a science fair experiment isn't a failure simply because does not agree with your hypothesis. No one will take points off if your prediction wasn't accurate. Many important scientific discoveries were made as a result of experiments gone wrong!

A science fair experiment is only a failure if its design is flawed. A flawed experiment is one that (1) doesn't keep its variables under control, and (2) doesn't sufficiently answer the question that you asked of it.